Boots or Bows?! & An Extra Surprise!

I have been eagerly waiting to post this blog! Josh and I found out last Thursday whether baby #2 was a boy or a girl, and it was the hardest thing to keep a secret!

I knew once we found out we were expecting again that there would be a lot of emotions. Sawyer should be here for all of this, and he isn't which makes it really hard sometimes. Right after we found out the gender we drove to his grave to let him know if he would be having a baby brother or a baby sister! I know he is going to be watching over his sibling no matter what, and what an awesome big brother they have!

Gender reveal parties are all the rage now, but this was really special to Josh and I because this baby is such a blessing. We wanted to get our families and a few friends together and tell them all at the same time so we could all celebrate and rejoice together. When we found out Sawyer was a boy, I couldn't contain my excitement and called everyone that NIGHT! Ha! I tried to avoid people this go around so I wouldn't spill the beans, but that didn't stop people from trying to figure it out.

Our party theme was Boots or Bows, and I tried my hardest to make everything come together and match the theme! Here are some pictures from the party: 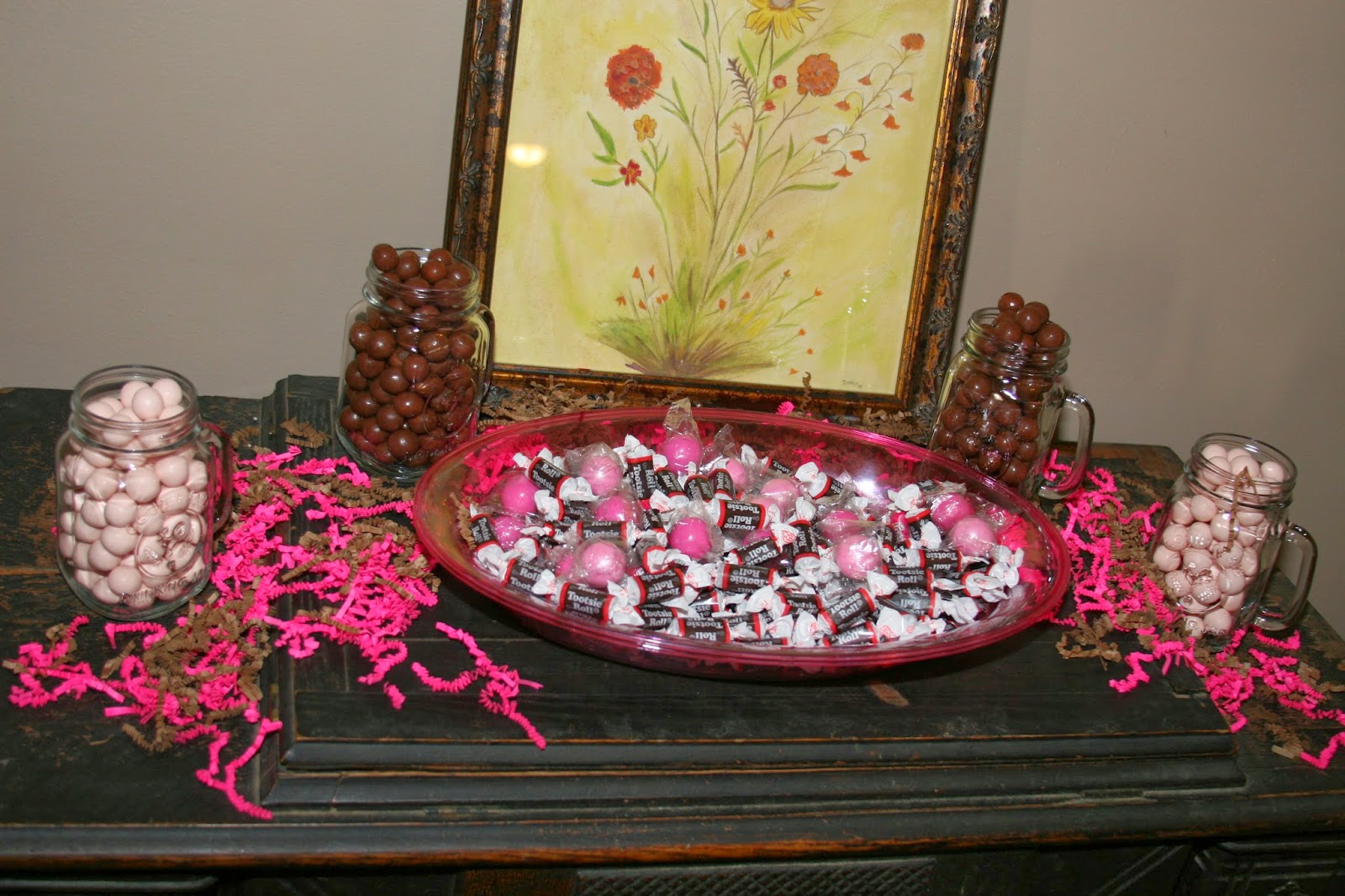 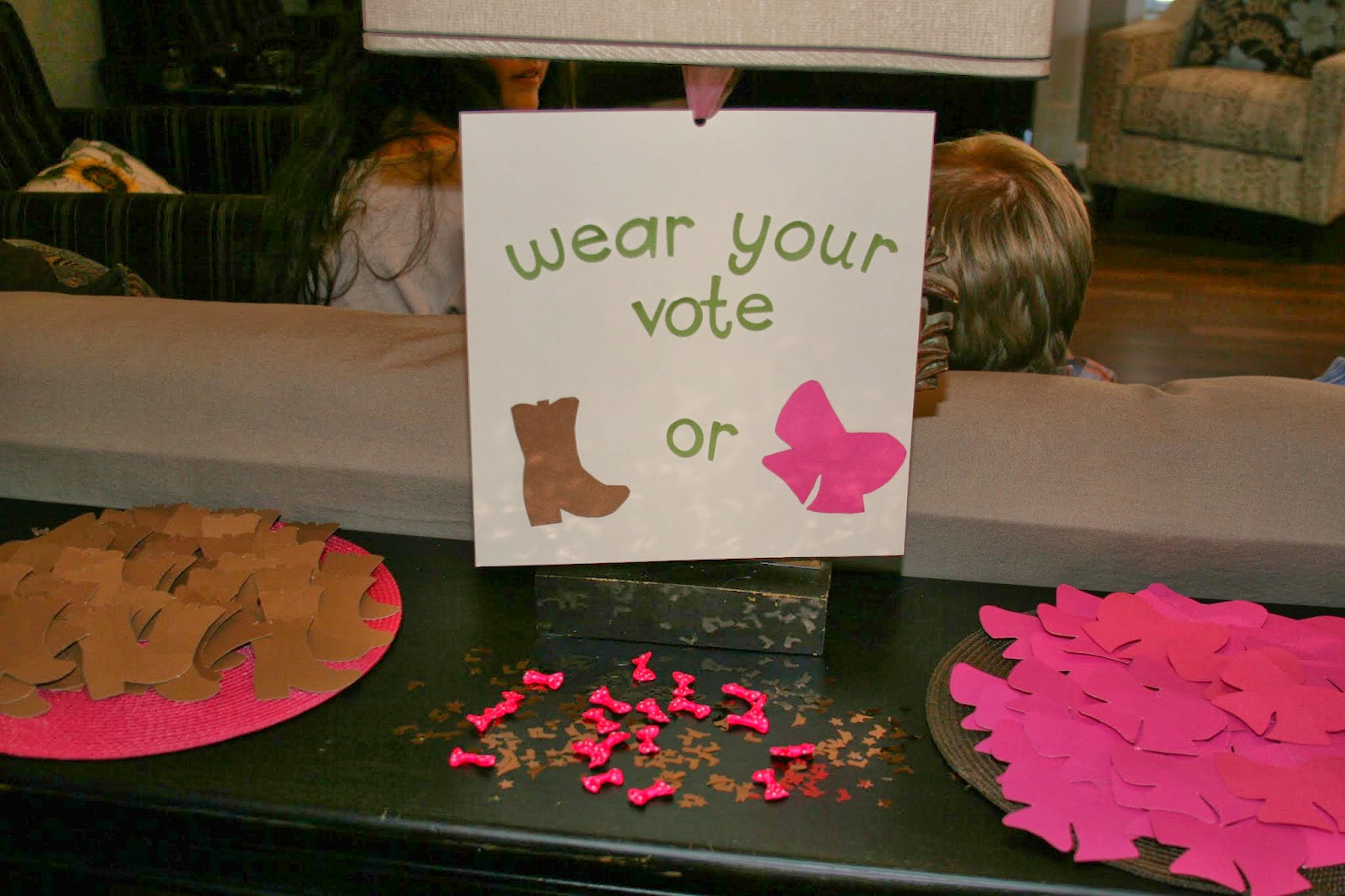 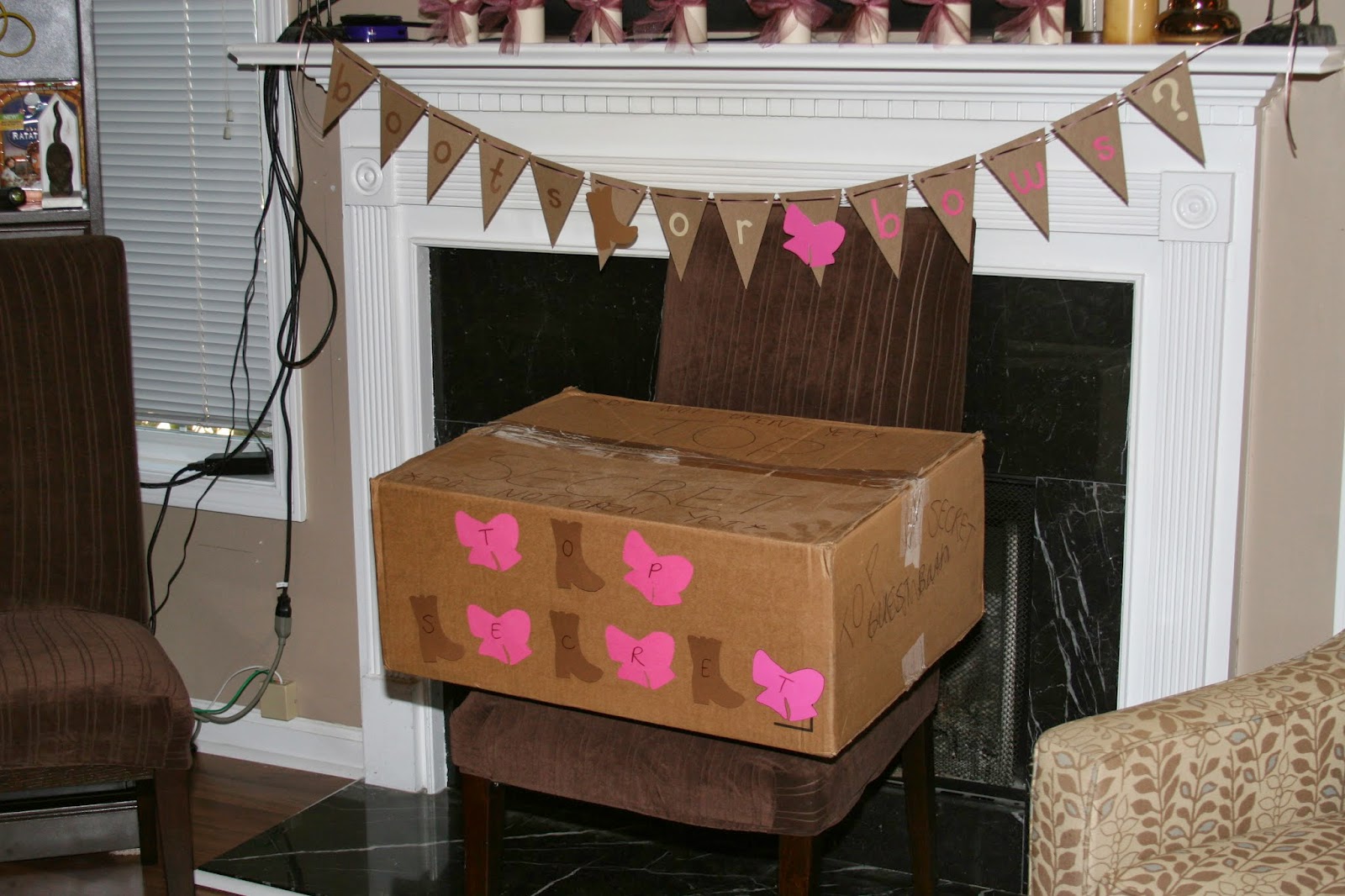 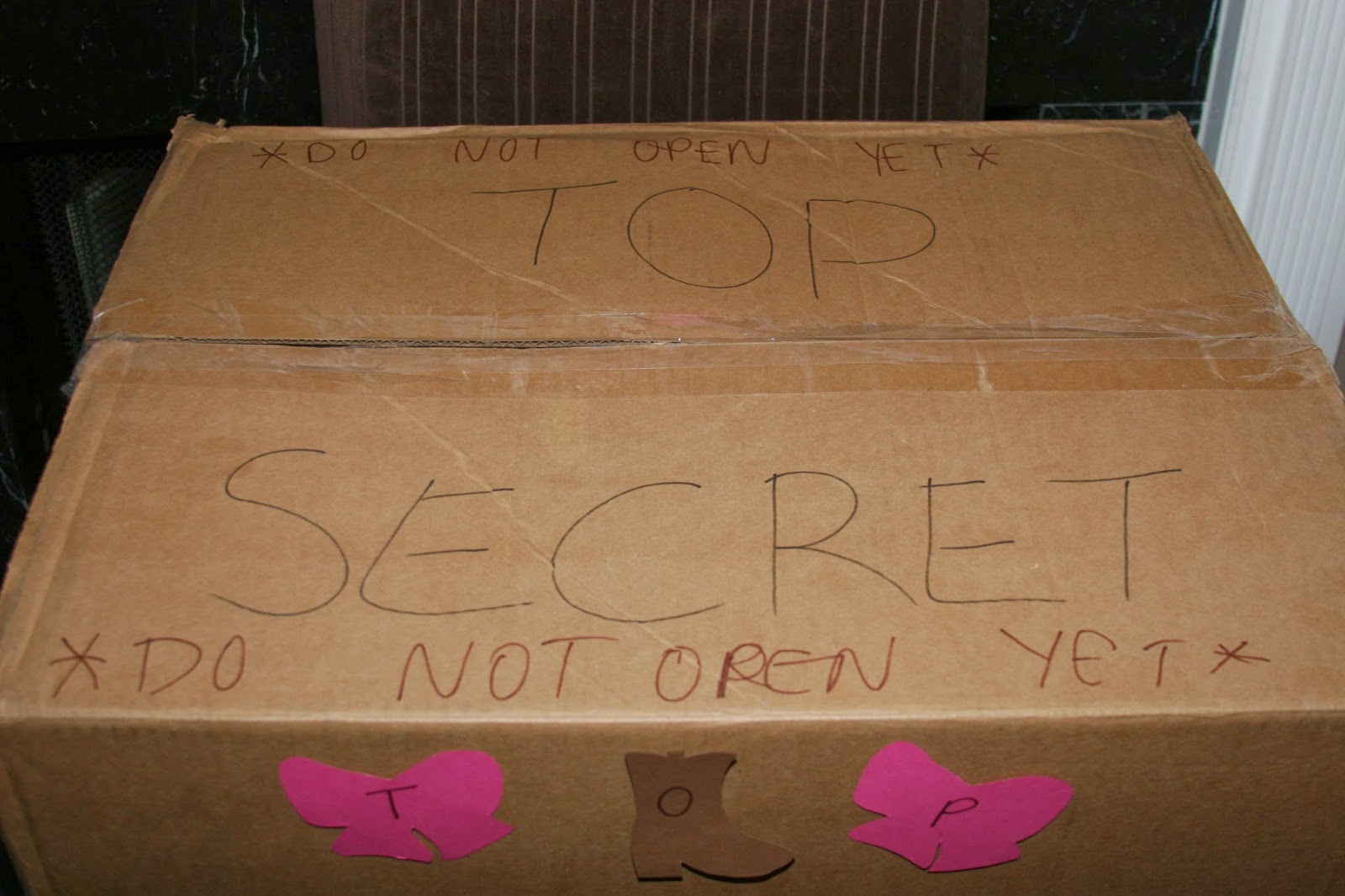 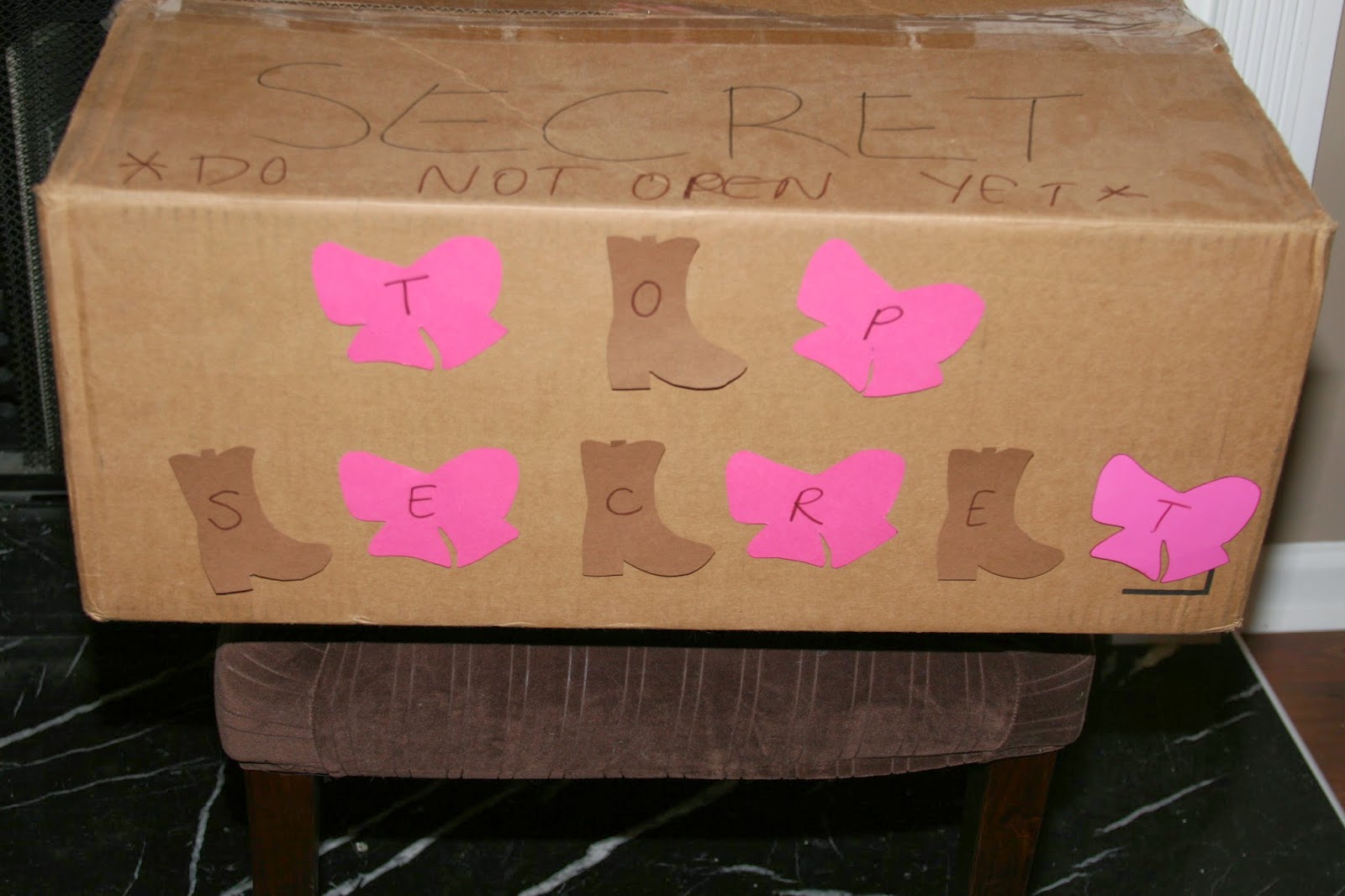 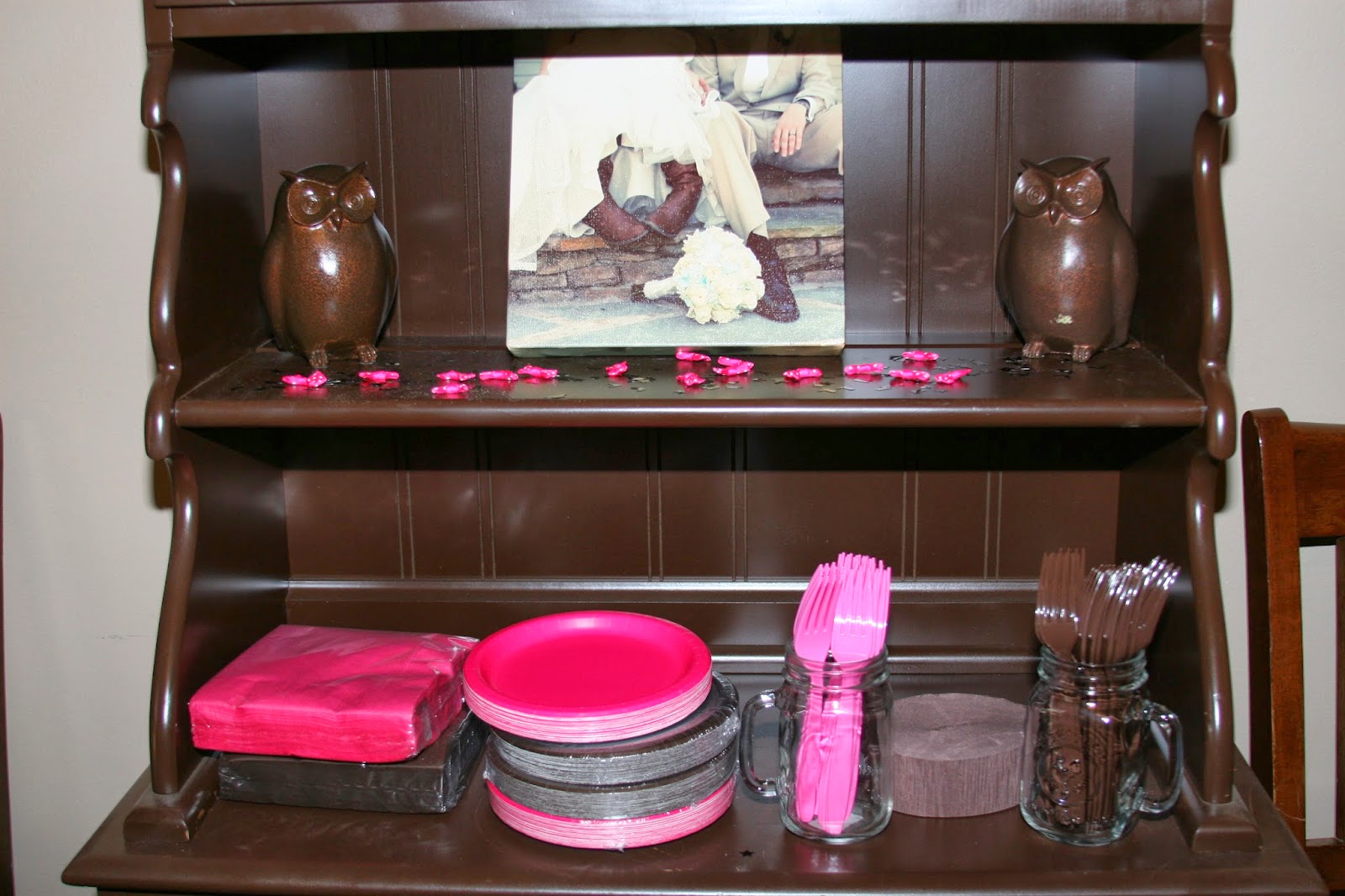 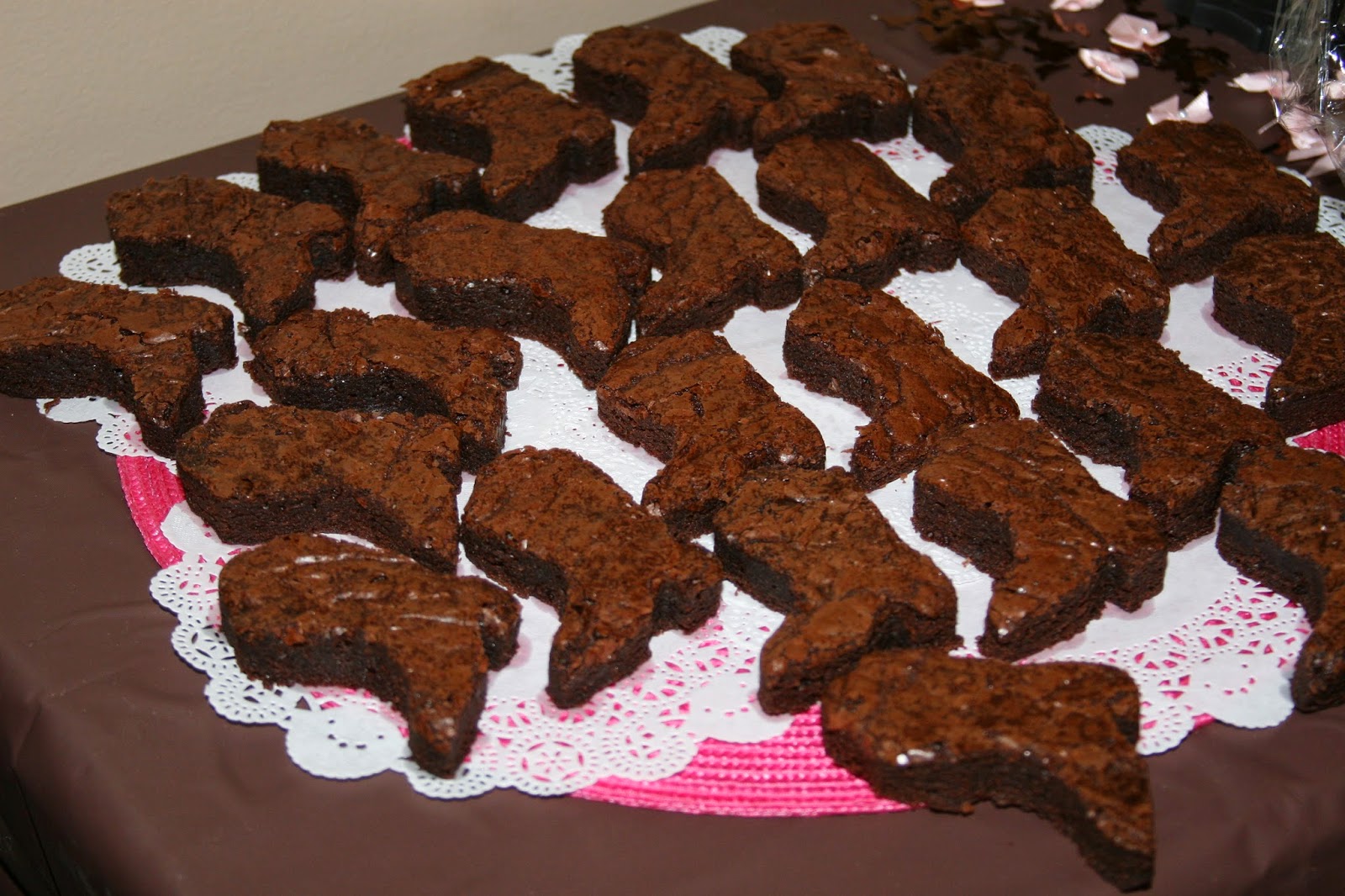 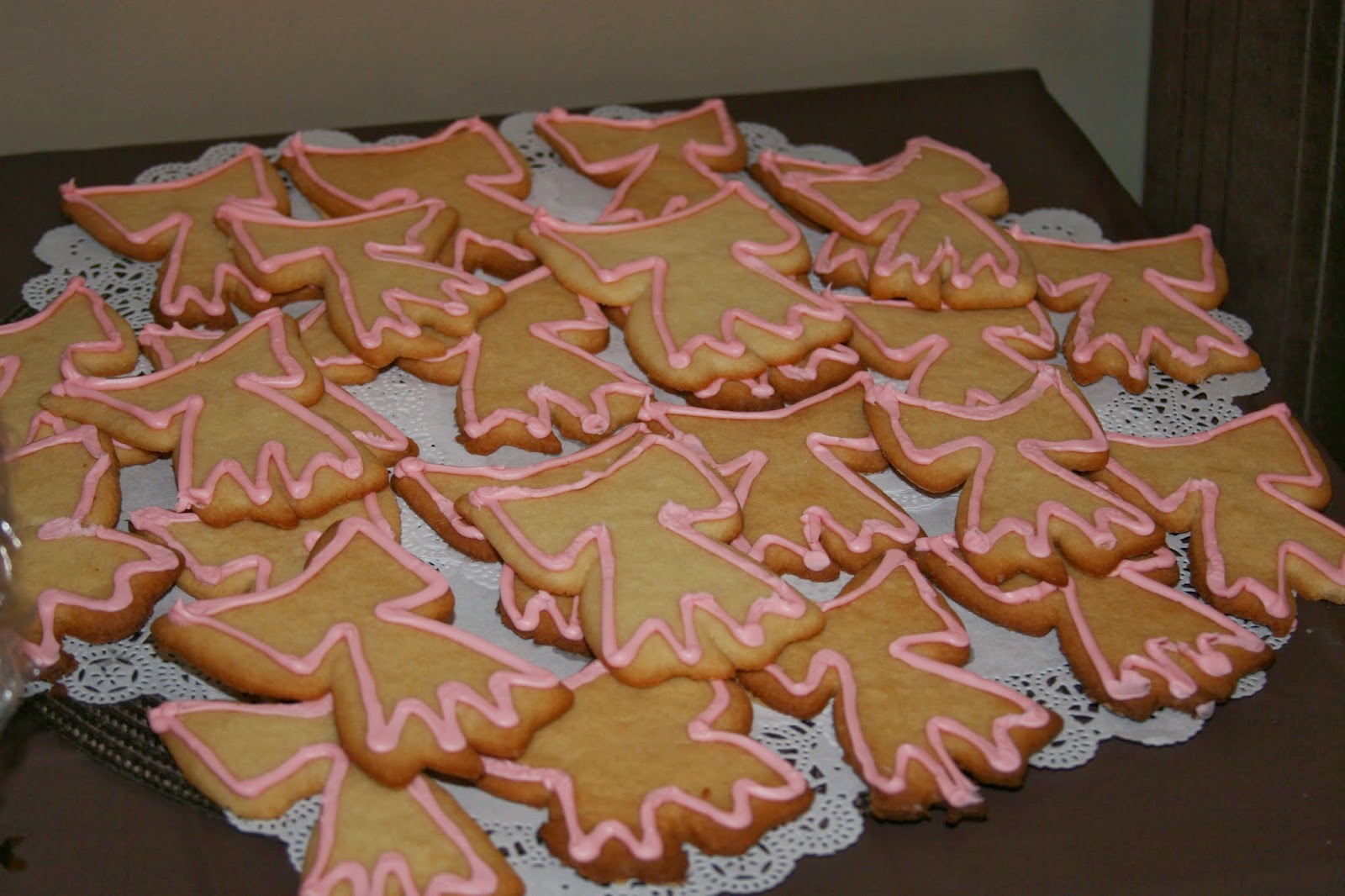 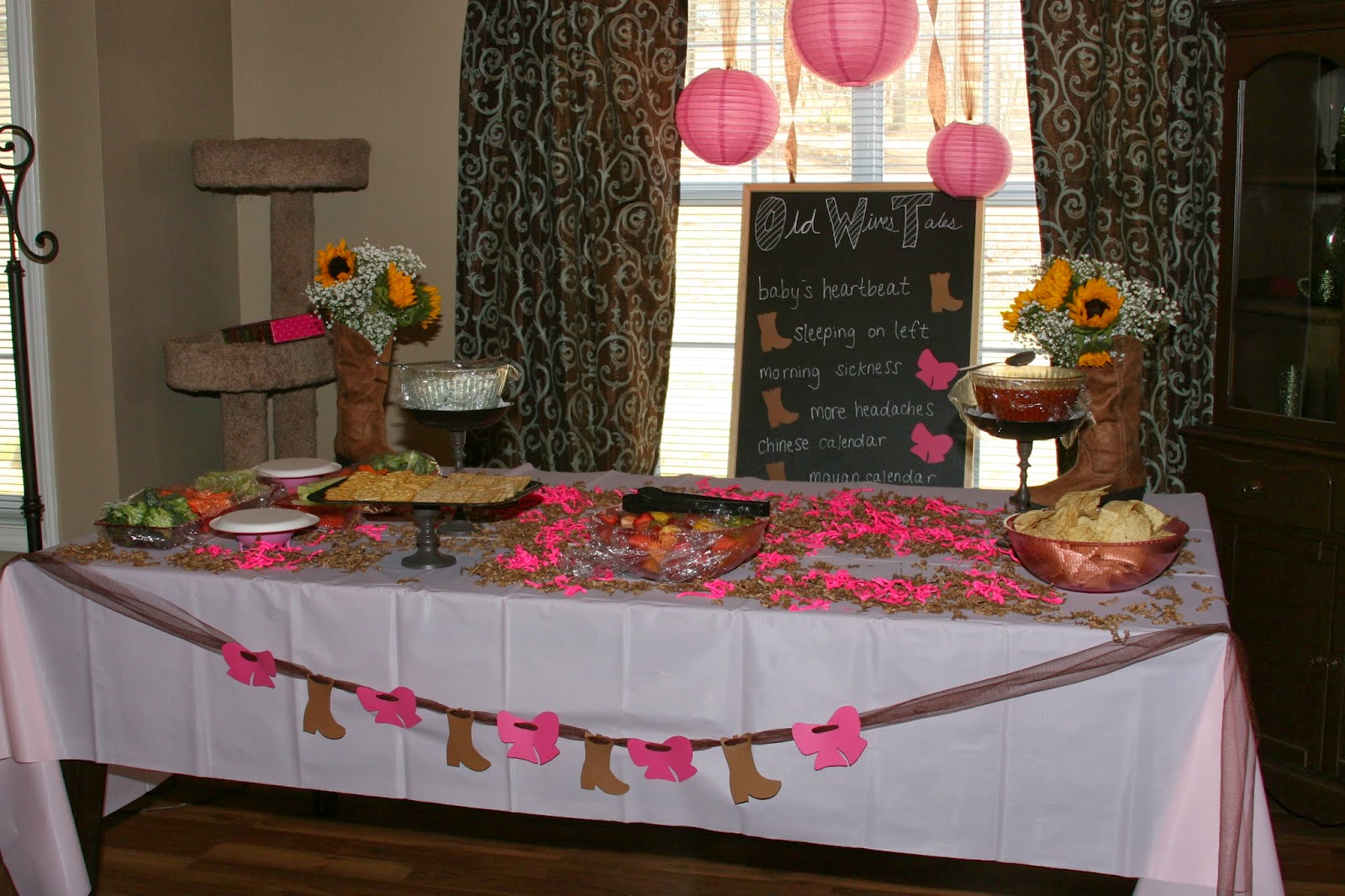 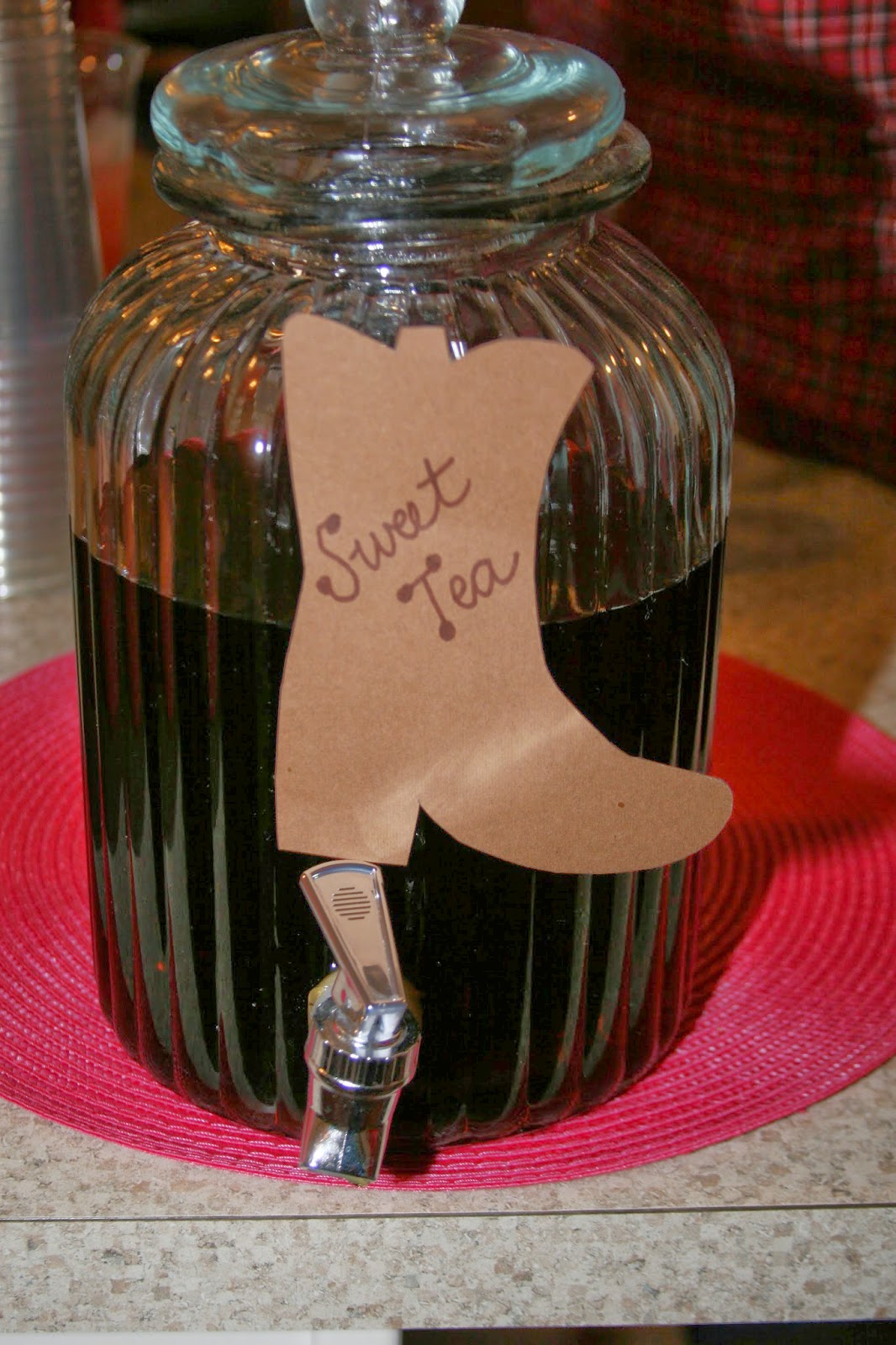 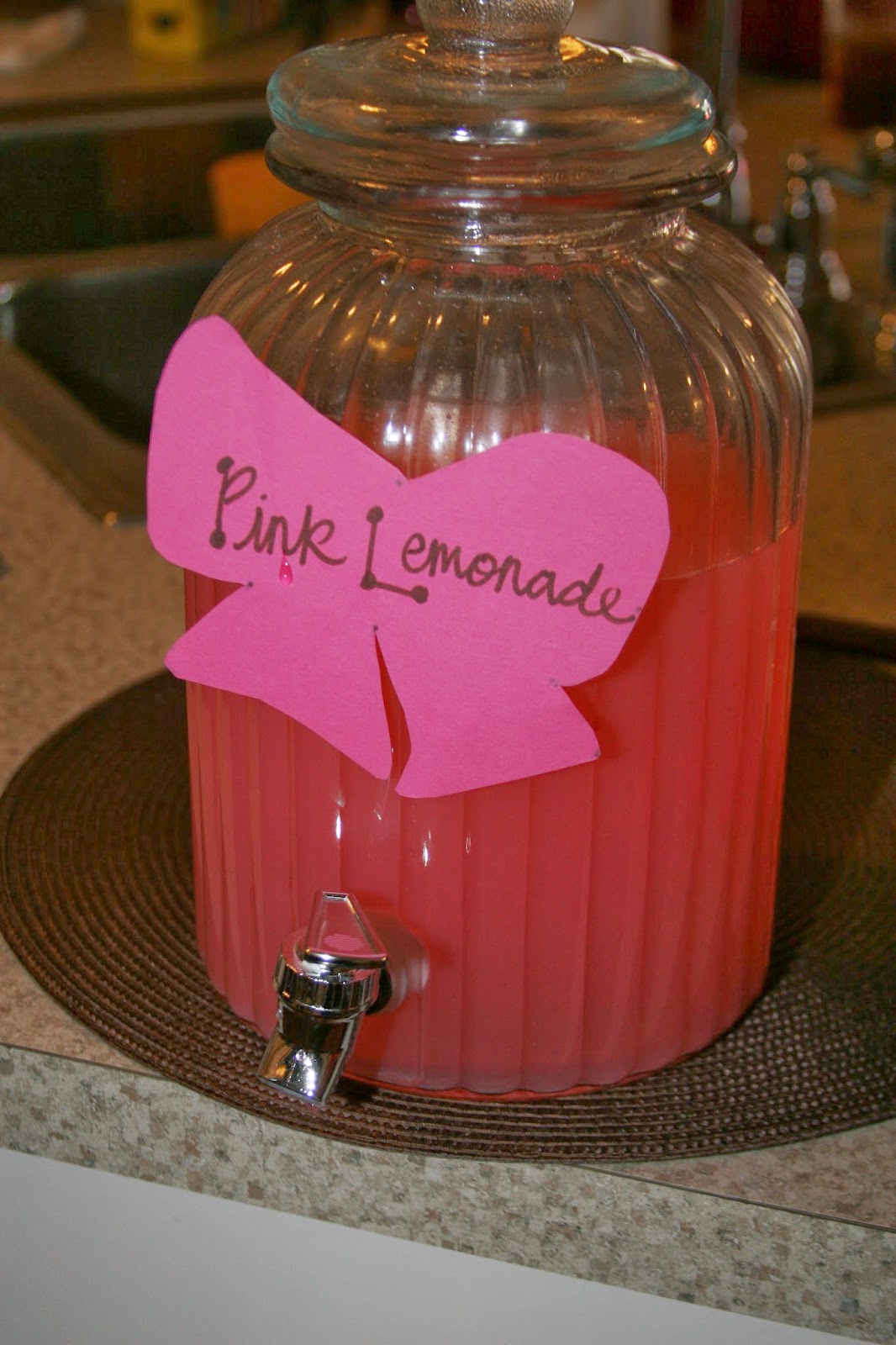 Now! For the BIG reveal :) Josh and I chose to do silly string and let our parents and siblings spray us - EEK! 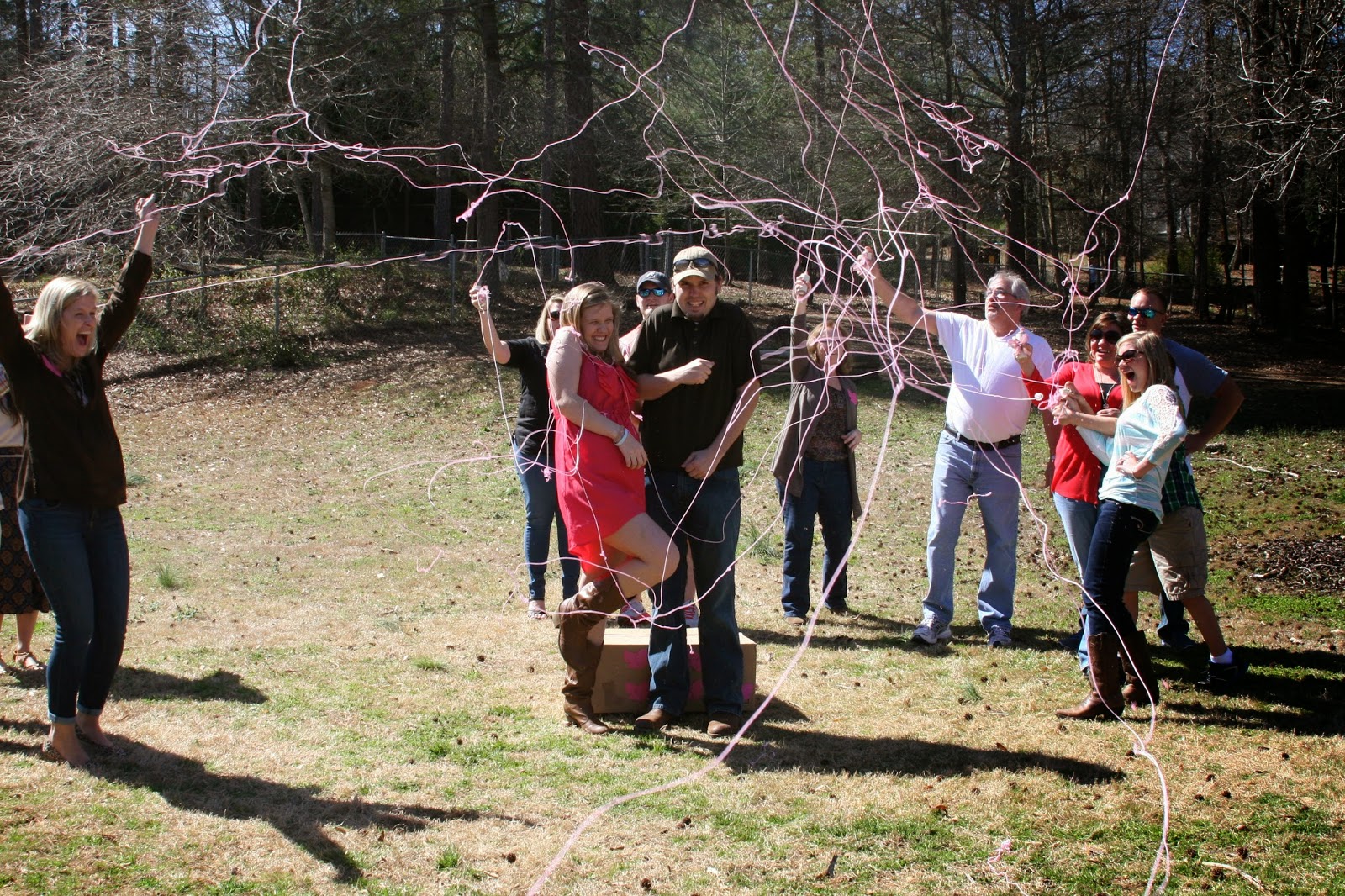 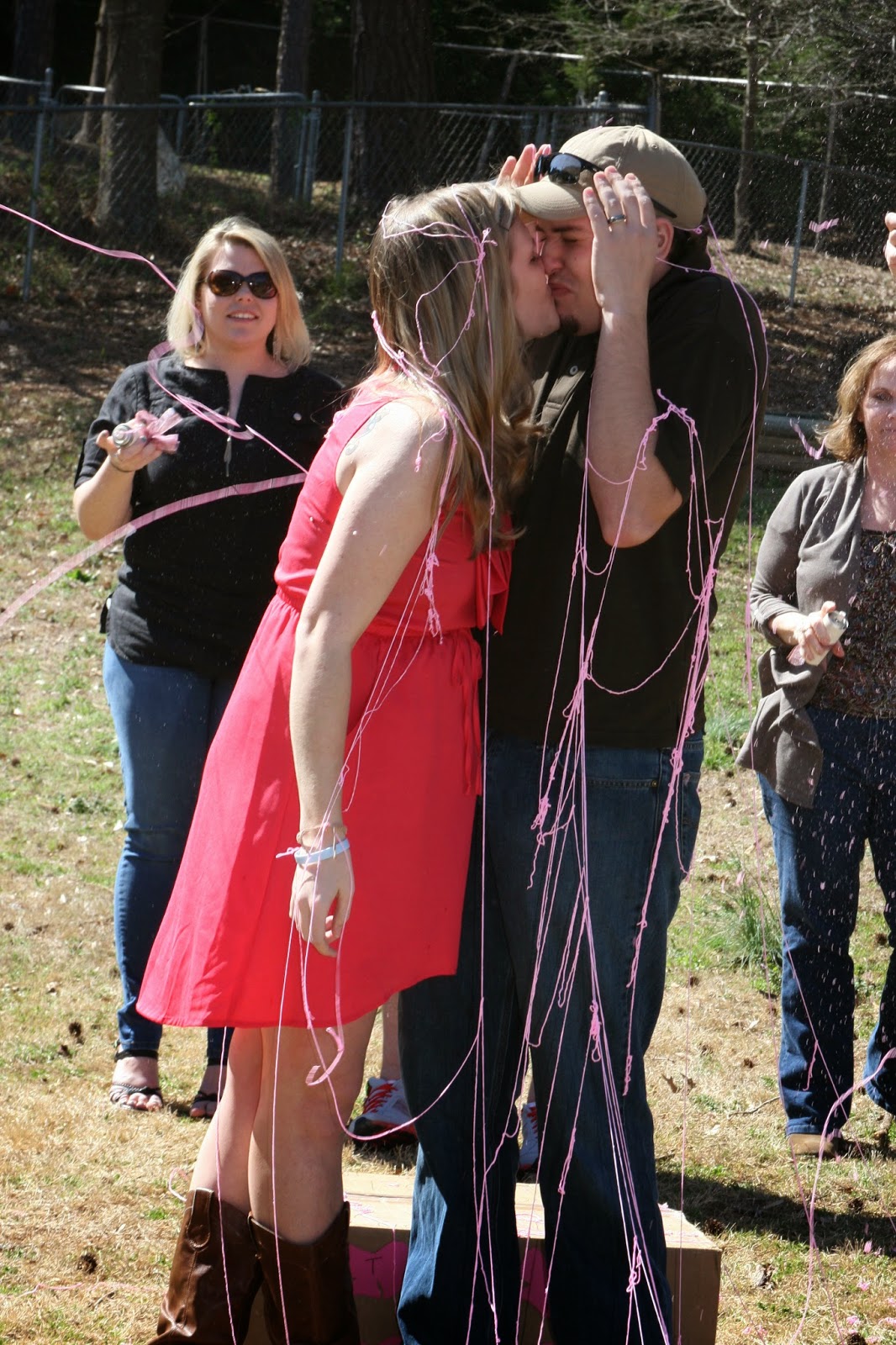 Now, I said there was an extra surprise... & there is :) This 'TOP SECRET' box was lurking at our feet the whole time with everyone wondering what was inside! 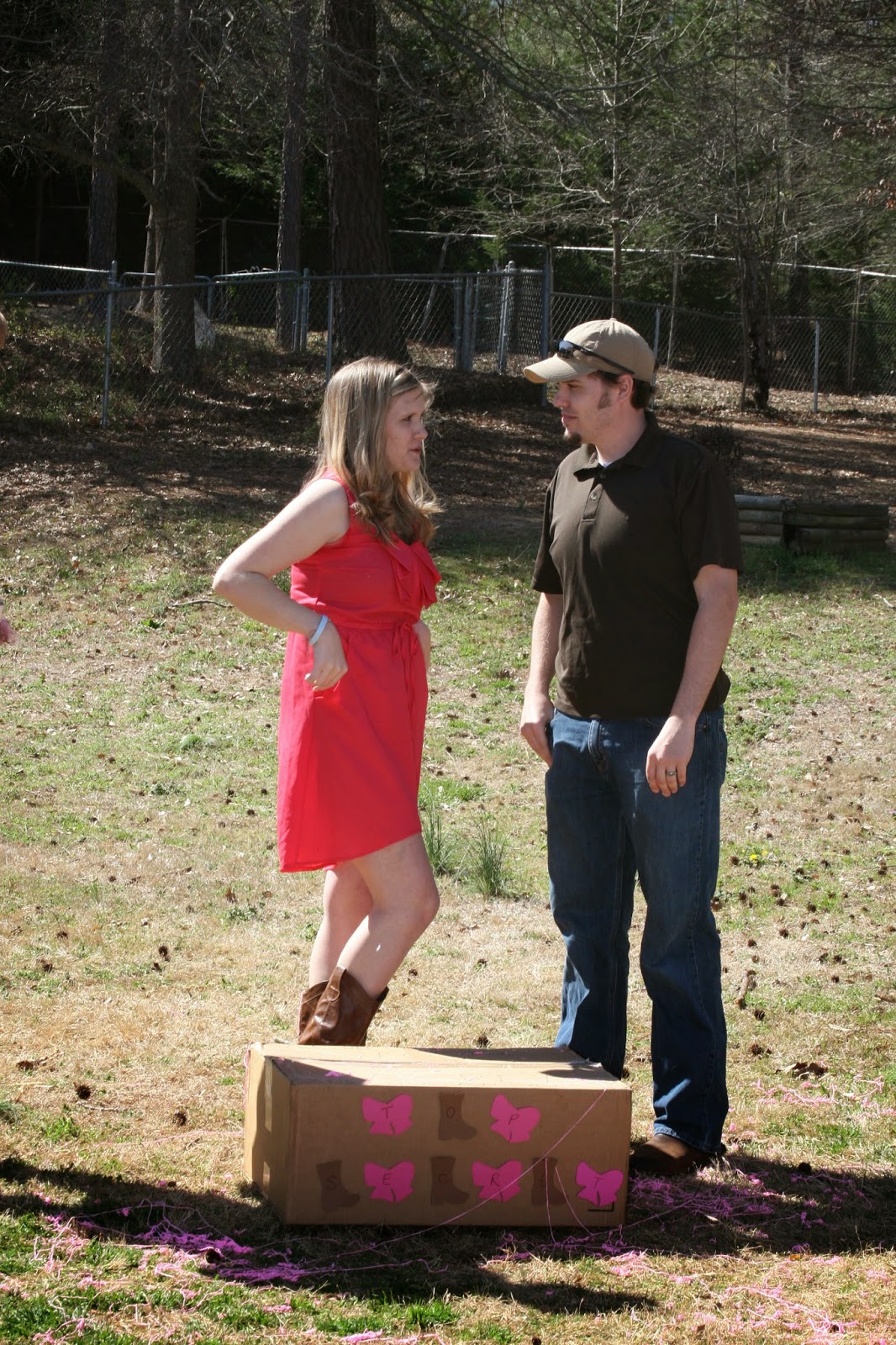 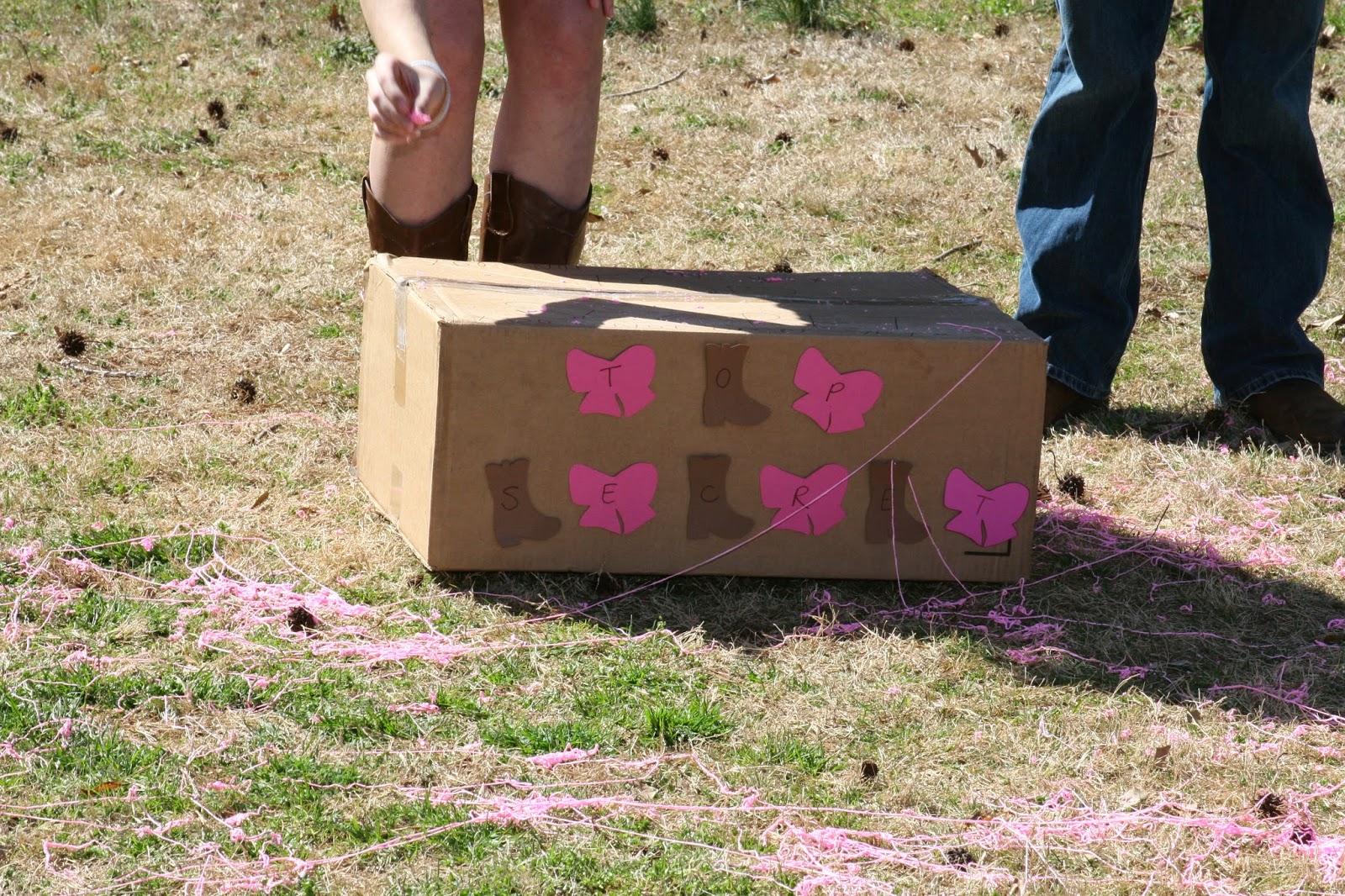 Everyone knows we wanted to keep Sawyer's name a secret, and we did that successfully until he was born! With that, though, came the use of all the nicknames in the book - Peanut, Baby M, Baby Murphy. I wasn't feeling using those again for this baby, because they held so much meaning for Sawyer so we decided to reveal the name at the party - and NO ONE knew we were even doing that which made me SO nervous! 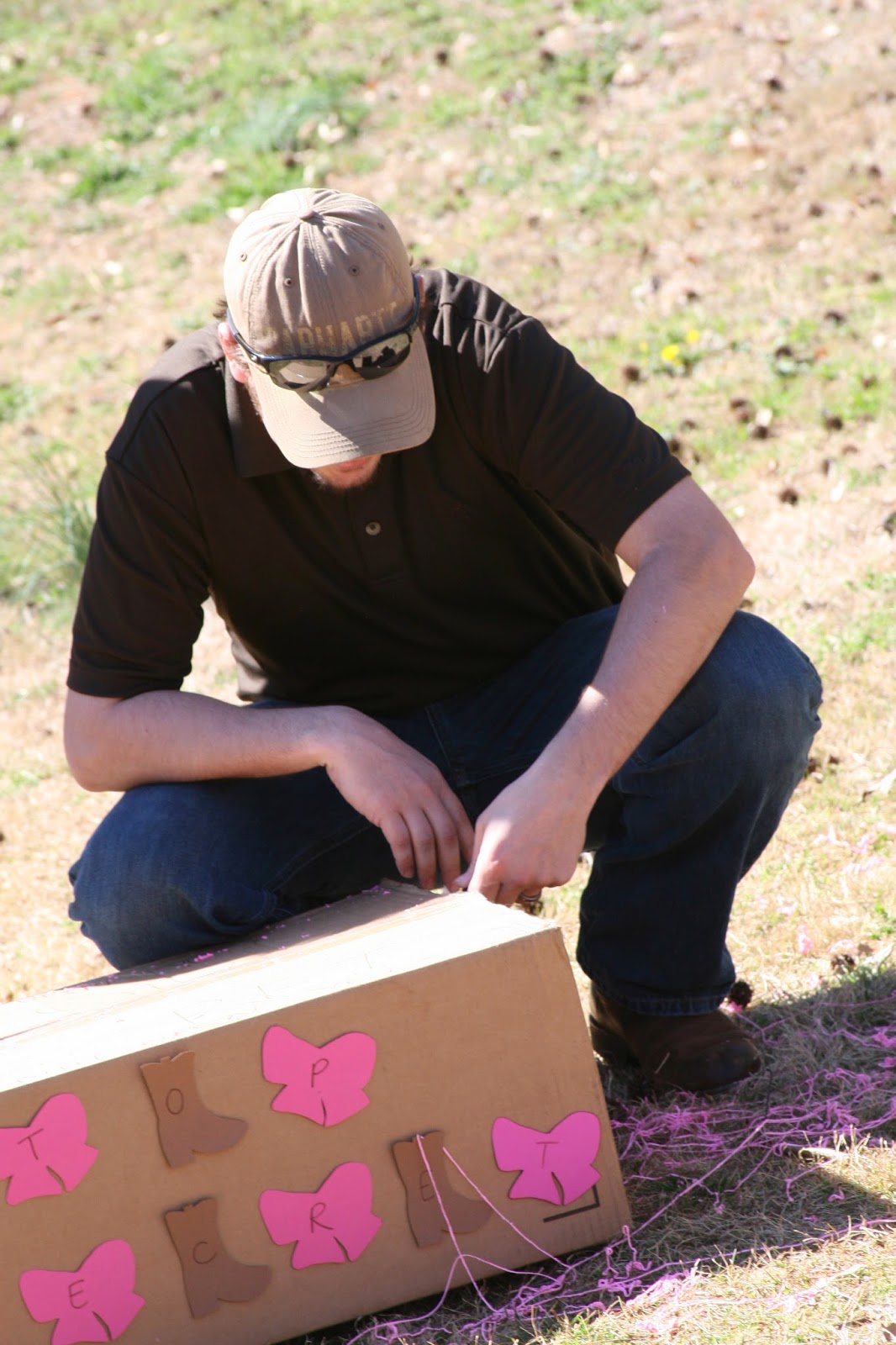 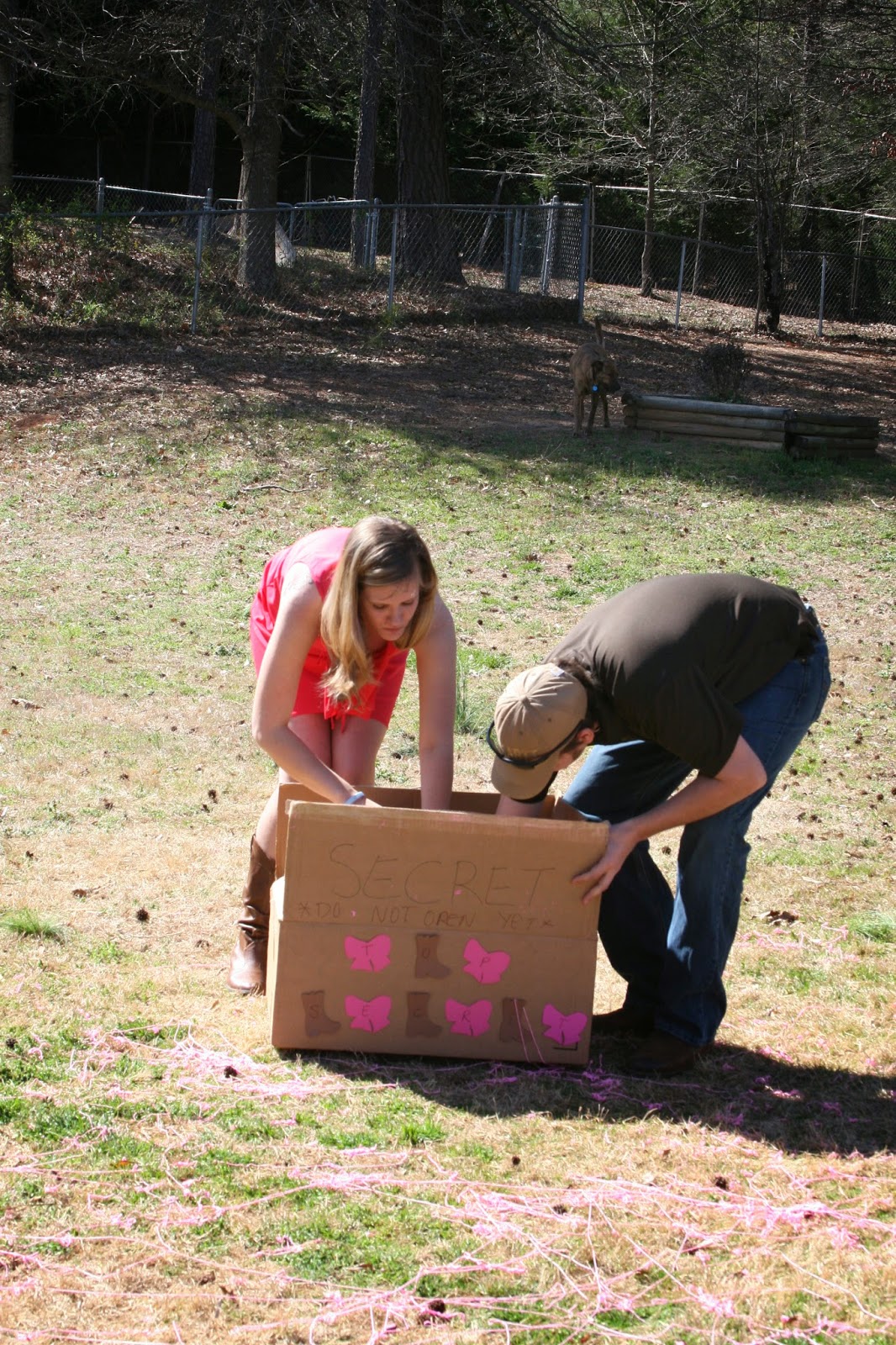 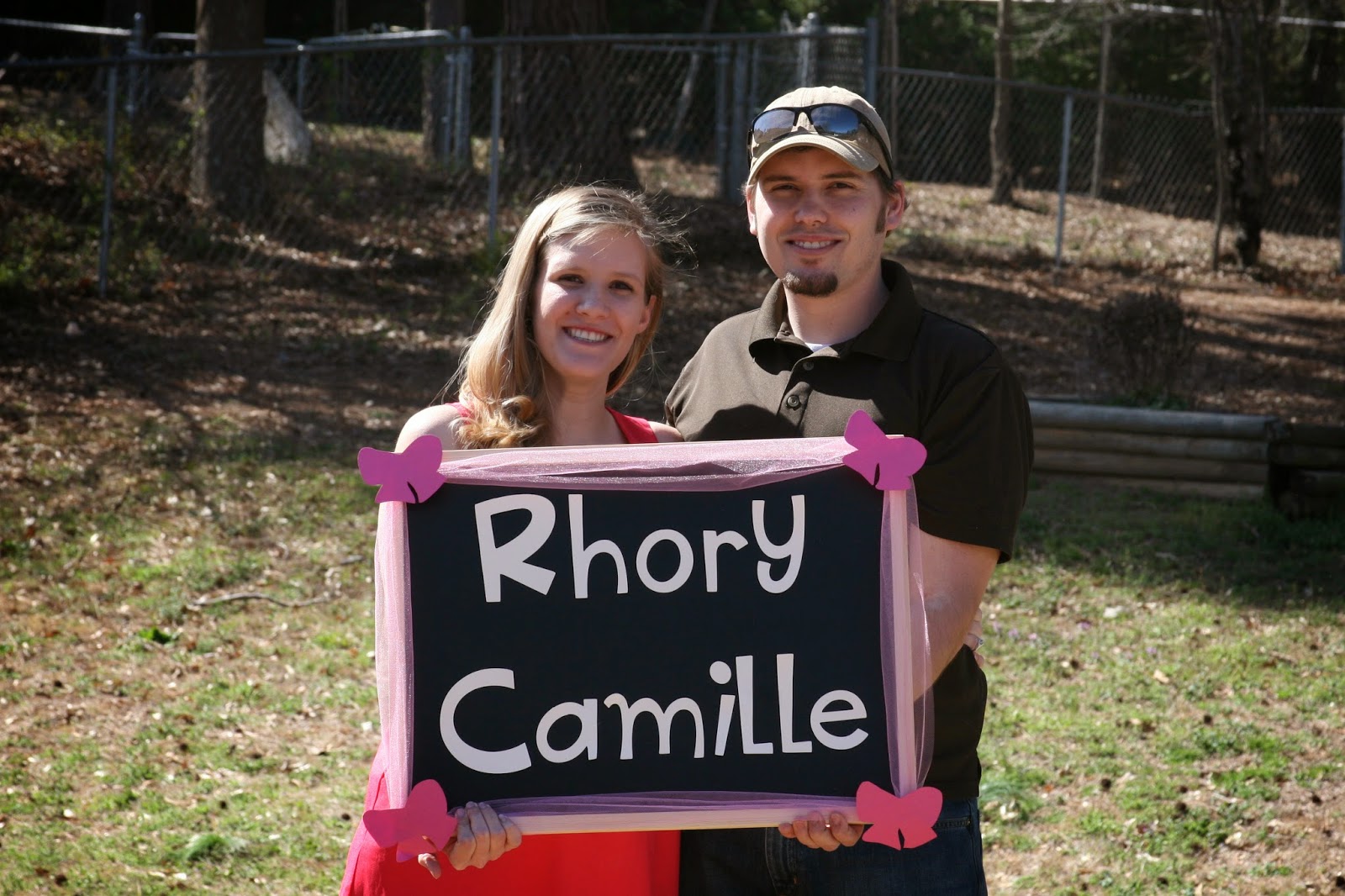 We are so excited! We have had our 16 week appointment and so far everything looks great. We go back for a 20 week scan, and this is where they discovered Sawyer's heart defect, so we are asking for prayers that this 20 week appointment looks perfect for little Rhory :)

Although we should be planning a first birthday party for Sawyer and reminiscing of all the memories we made during his first year of life, we aren't.

Josh left the planning up to me, and I struggled with what to even do. Sawyer's birthday is on a Friday and we will be doing something with our families then, but I wanted to do something bigger. Something that a lot of you could participate in, if you feel led to do so.

May 10, 2014 is the Congenital Heart Walk here in the Greater Atlanta area at Stone Mountain Park. I would love to have you walk with us in honor/memory of our Sawyer. If you cannot walk, you can also give a donation that goes to the Adult Congenital Heart Association and the Children's Heart Foundation. I am wanting to create a shirt that we can all wear the day of the walk, but that is still a work in progress. Our fundraising goal is $1,000 for Sawyer's first birthday. Any amount you give will be such a blessing to both of these organizations!

You can find more details on our fundraising page, here , and you can make donations through this link.

*EDIT* -  I have removed the link for Walker Registration. The registration was strange and created SEPARATE fundraising pages for EACH walker which would be different that the goal we have set for Sawyer's first birthday. So, with that being said, please just mark your calendars for May 10 if you intend to walk and we will head to Stone Mountain Park at 8:30 AM to register and get ready for the walk at 9 AM! Please let me know if you are planning on coming so I can make you aware of the meeting place for our "group"! If you want to go through the hassle of registration online, feel free but it isn't required for you to be able to walk with us!

Sawyer's first birthday is going to be harder than either of us could imagine, but I think participating in this walk with our friends and family and raising money and awareness for something so close to our hearts is going to help us make it through. We are so thankful for all of the love and support you all have shown us through this last year. It breaks my heart it has been a year, sometimes it feels like yesterday and others it feels like it was 10 years ago.I want to be picking out birthday invitations and his birthday outfit, but I have to focus on celebrating his life and remembering the impact he has had on us all.

I look forward to raising money and awareness for CHD's and also participating in this walk with our family and friends!

Let me know if you have any questions, or need help registering to walk.